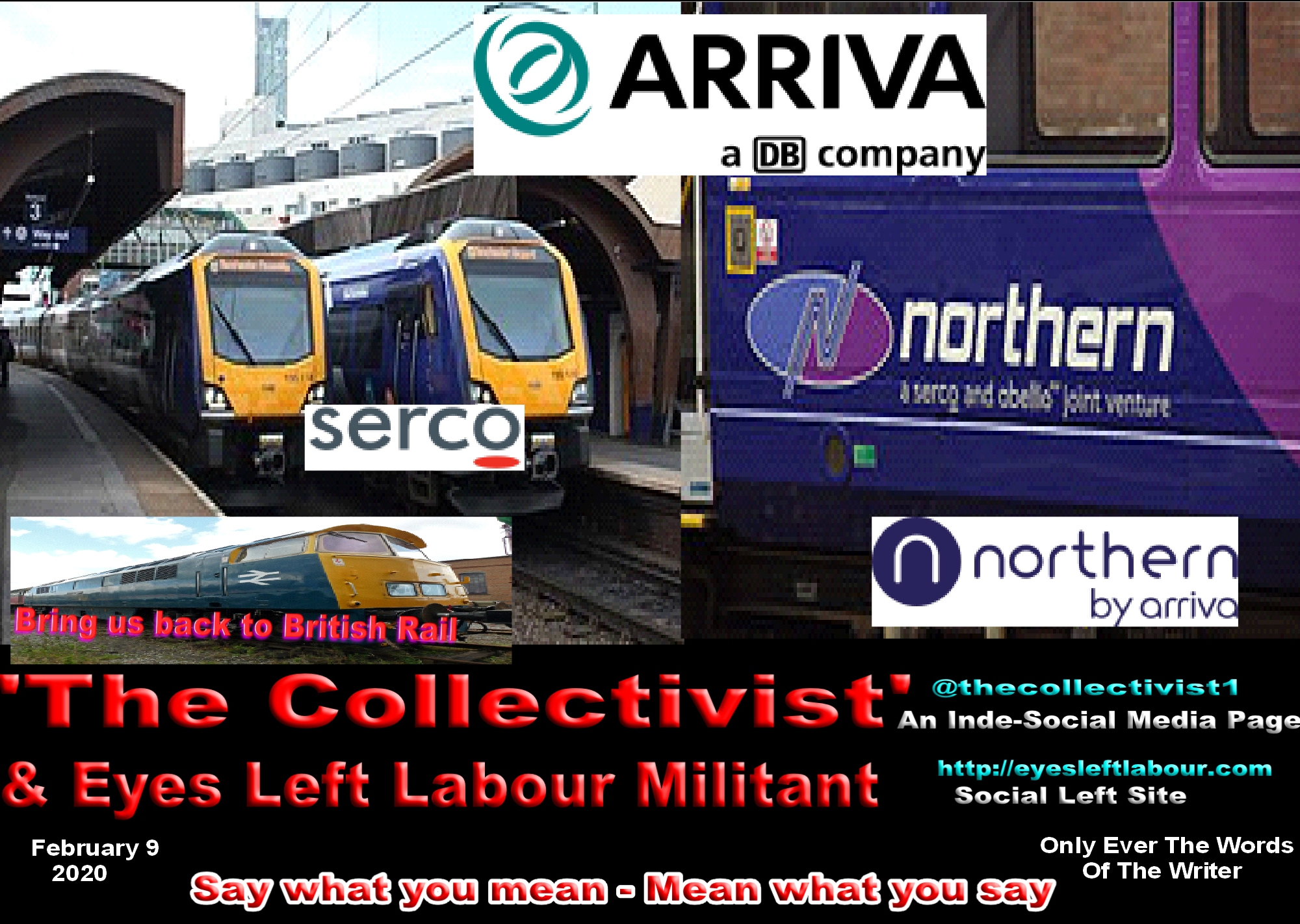 Northern Rail franchise operators have carried out a profiteering campaign against the British Taxpayer, after having been handed more than £7 billion, (that’s £7,000, million) or (£7,000,000,000) in taxpayer subsidies in the last decade.

The British Government’s Office of Rail & Road (ORR) reveals, that between 2010 and 2020 – Serco-Abellio and Arriva Rail North, – have creamed off £7.1bn in taxpayer subsidies between them. That is £7.1 Billion in subsidised taxpayer money from the Government, and that is over and above whatever Revenue they may have generated from the British Public.

The financial support goes toward “operating, maintaining, renewing and enhancing the railway.” Serco-Abellio received £5bn between 2010 and 2016 and Arriva has pocketed just over £2bn since 2016. Rail companies are also compensated by the taxpayer for any loss of profits caused by strike action.

Northern rail services are to be renationalised next month after the Transport Secretary at long last recognised the chaos being caused by the privateers.

The Government is also considering taking South Western Rail (SWR) back into public ownership after admitting that the franchises are not sustainable in the long term. Indeed, East Coast Main Line services have already been renationalised because of privateer incompetence.

The RMT union says the failures are indicative of the wider failure of the whole rail privatisation project. RMT general secretary said that the collapse of Arriva Rail North and its subsequent nationalisation by the Tories, tells us everything we need to know about the scandal of rail privatisation, after a quarter of a century. It is now going to join the East Coast Main line services, in public hands, after the spivs and speculators of the private sector have reduced both to ridicule. RMT said that the rewards for failure have been sweet.  Serco-Abellio managed to pay its shareholders £178 million in dividends between 2010 and 2016.

Other franchises on government life-support, must also be removed from the racket of privatisation‎, which has condemned Britain’s railways to a slow death. Northern, is Britain’s biggest rail franchise, operating services between east and west coasts and from the Scottish border to Nottinghamshire. Despite pledges to replace old and uncomfortable rolling stock, the service still runs decrepit Pacer trains.

The union is demanding to know what the government has planned for SWR, the failing service operated by multinational transport firm FirstGroup. It is now two weeks since the Transport Secretary put South Western Railway on notice, and we believe that it is perfectly reasonable to demand to know what is going on and when he is going to make a decision.